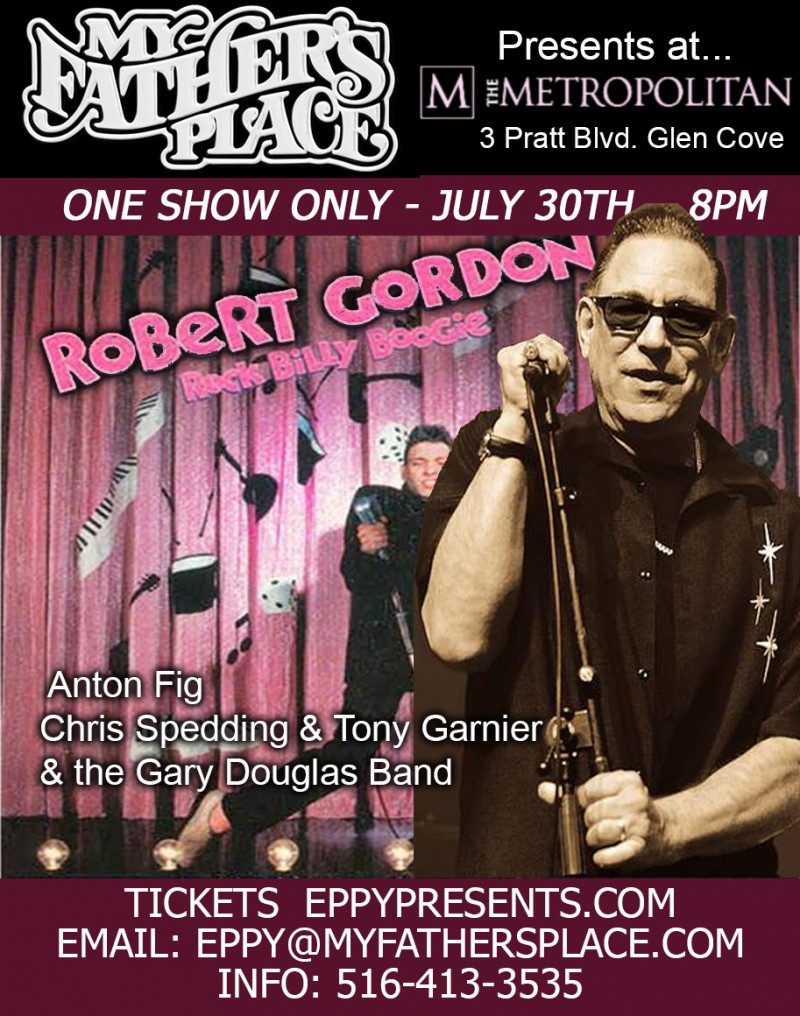 Robert Gordon is a man born out of time. Many fans and music historians believe that, had he been recording in the ’50s, he might have become a rockabilly legend. Instead, he kickstarted the worldwide rockabilly revival in 1977 with the release of his debut album, Robert Gordon With Link Wray, made in tandem with the guitar legend behind the 1958 instrumental hit “Rumble.”

Great things were expected for Gordon. His early albums were produced by Richard Gottehrer, the legendary producer and songwriter behind 1960s hits like “Hang On Sloopy,” “My Boyfriend’s Back,” and “I Want Candy,” as well as a major player in the ’70s and ’80s who helped launch the careers of Madonna, Blondie, the Ramones, and Talking Heads.

Gordon and Wray’s second album, 1978’s Fresh Fish Special, featured former Elvis Presley vocalists the Jordanaires and included a cover of Bruce Springsteen’s “Fire” that had the Boss himself on keyboards.

In 1981, Gordon had his biggest success with Are You Gonna Be the One, and scored a hit with “Someday, Someway,” a rockabilly tune written by Marshall Crenshaw, based on the 1957 Gene Vincent tune “Lotta Lovin’.” But then Gordon was sidelined by another rockabilly act, the Stray Cats, who became one of the biggest bands of the early ’80s.

“If I’d been coming through in the MTV age, I think I’d have become a big star,” Gordon tells Guitar Player. “Back then, people who didn’t even tour could become huge just because of MTV. I had a real strong image, and the music was unlike everything that was getting airplay.”

Gordon not only paved the way for rockabilly’s return to the mainstream – he also revived the career of Wray, who had been out of the spotlight for years since his ’50s instrumental hits. Wray made a number of rootsy, proto-Americana albums in the early ’70s but was mainly playing the oldies circuit when Gordon plucked him to be his guitarist.