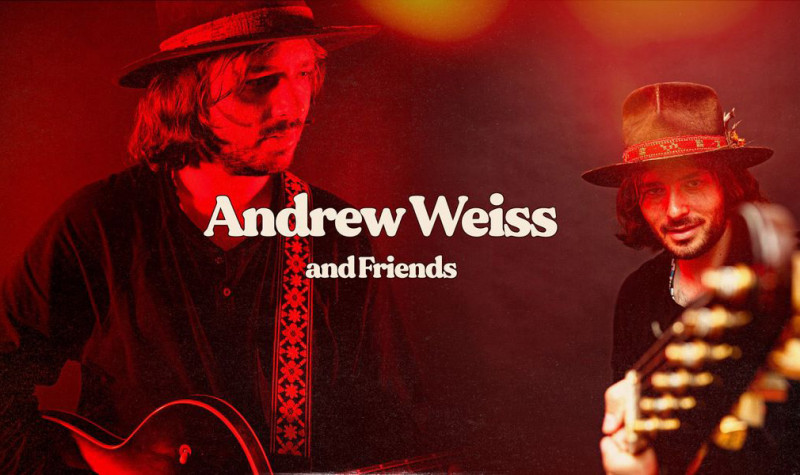 Andrew Weiss is a songwriter, composer, multi-instrumentalist, arranger, and producer based in New York. As The Music Court once claimed, “Weiss is a band-in-a-box.”

In these trying modern times, real, honest music and art can draw people of vast backgrounds and cultures together for understanding and empathy. Long Island's Andrew Weiss and Friends have made a name for themselves since their debut LP arrived in 2018 with their unique blend of Laurel Canyon folk rock and the sonic flourishes of late-70s power pop. Singer-songwriter Andrew Weiss clings to and cherishes moments of intimacy, difficult conversations, and emotional currency through his songwriting. A classic glow silhouettes Weiss’s storytelling, fusing a smart, throwback warmth and charm right into the work. Weiss’ songs show off his chops for character-driven stories, with an attention to detail on par with celebrated works from the likes of Dawes or Tom Petty