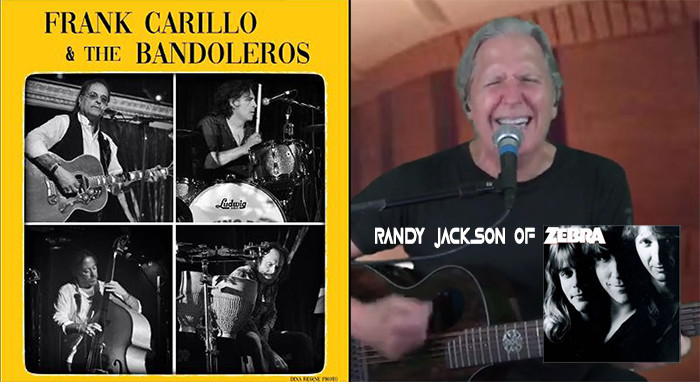 Frank Carillo is the epitome of a "musician's musician" .. throughout his colorful history, Frank's craftsmanship as a world-class player and memorable songwriter, along with his warm, affable persona has allowed him to make an indelible mark on the international music scene. Early in his carrer, Frank was personally signed to Atlantic Records by the legendary Ahmet Ertegun and embarked on a 64-show US tour opening for Bad Company, playing to sold-out audiences in major arenas across America and continued to tour with among others, The J. Geils Band, Cheap Trick, Van Halen and Tom Petty & The Heartbreakers. Meanwhile, Frank Carillo & the Bandoleros have released four studio records, plus a live CD, garnering top 10 airplay on over 250 AAA, Americana and Roots stations in the US & Europe.

Randy Jackson, an American rock musician from New Orleans, Louisiana, best known for his role as frontman for the band Zebra. He was born and raised in New Orleans, Louisiana, United States. In addition to his career with Zebra, he is a Long Island Music Hall of Fame inductee, a Louisiana Music Hall of Fame inductee, and has toured with Jefferson Airplane and tributes to Led Zeppelin, Pink Floyd and The Doors.